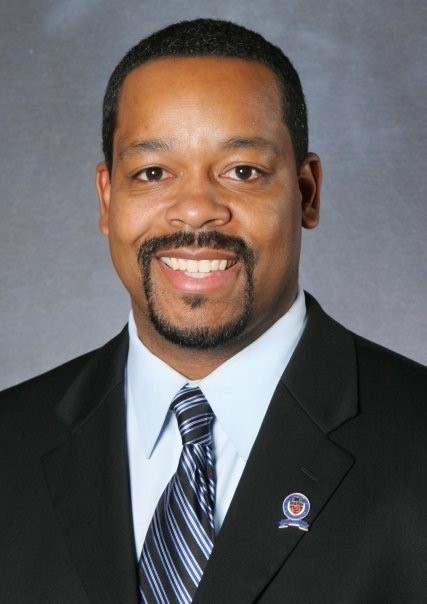 TJ Dow grew up one of two sons to a single mother; his mother later married, and together, the couple taught their children through hard work and education, anything is possible.

He is a graduate of Ball State University, Muncie, Indiana, receiving a Bachelor of Arts in Political Science with honors. After graduating from Ball State University, Dow enrolled in a dual degree graduate program at Cleveland-Marshall College of Law at Cleveland State University. He excelled academically and was an active member of the student government, the National Black Law Student Association (NBLSA) and Phi Beta Sigma Fraternity. In May 2001 he received both a Jurist Doctorate of Law Degree and a Masters in Public Administration.

In 2001, he was admitted to the Ohio Bar and began working as an assistant prosecuting attorney for Cuyahoga County. Before serving on Council, Dow gained extensive experience serving as a legislative aide for Cleveland City Council. Dow, a lawyer and educator, has served and counseled many community and civil rights organizations. He continues so today, along with his Councilmatic duties, focusing on improving quality of life for residents in his ward and Cleveland.

From his exceptional educational achievements; to inspiring the next generation of leaders; work as a broadcaster, author, advocate and entrepreneur; Councilman TJ Dow is a testament that with education and a will to succeed, any dream is possible.

Former Councilman TJ Dow has been about RESULTS during his tenure as Councilman of Ward 7. He has inspired many completed projects to improve the community.
As our next Councilman, he will continue the positive momentum created by the public and private sectors working cooperatively to build a community resulting in an increased quality of life for residents of the City of Cleveland.

Focusing on the Quality of Life Issues facing Ward 7

Collaborate with the Cleveland Police Department to assist in making our neighborhoods safe.

THE PATHWAY THROUGH OUR WARD

Provide funding to remove potholes and crumbling streets in our community.

CLEAN UP OUR COMMUNITY

Removing blight by demolishing dilapidated structures while rehabbing structures we can save to build livable neighborhood.

Fight for adequate funding for public education to provide a quality education for all children.

CREATING MORE OPPORTUNITES FOR YOU

RIDE TO THE POLLS FORM

WE NEED YOUR HELP